Liverpool left-back Robertson ushered in his 100th Premier League game against Sheffield United in the Red Army. In the end, he helped the team reverse the game 2-1. After the game, he updated his social media updates, expressing his honor to achieve this achievement. 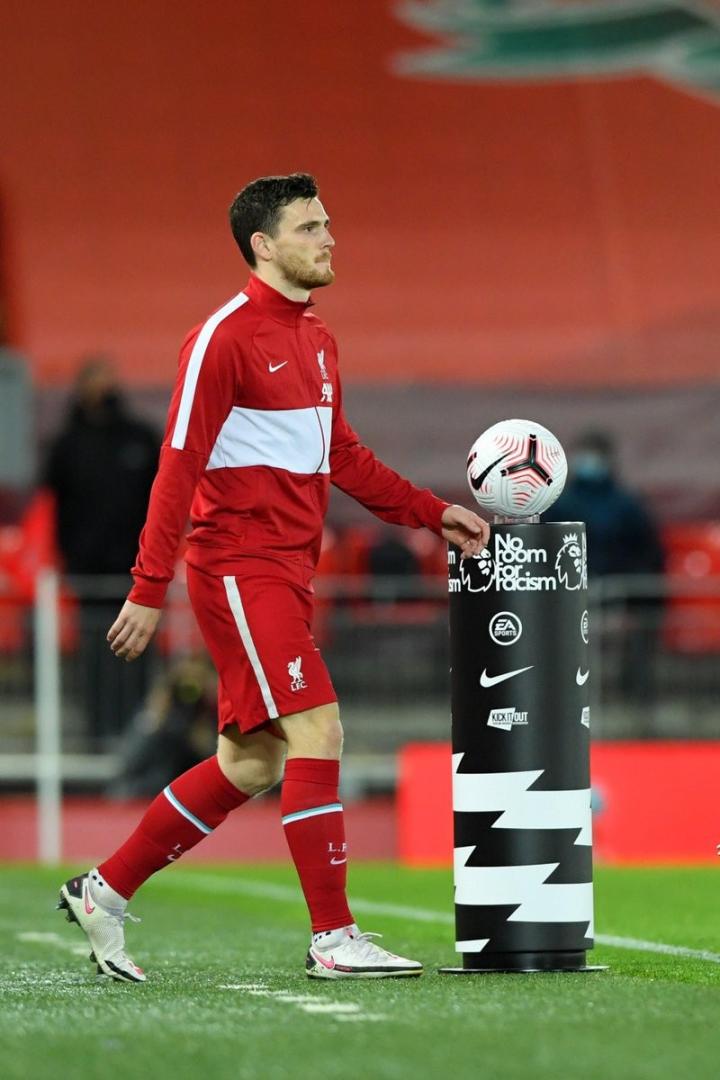 Robertson wrote: "I am honored to have made my 100th appearance for this great club in the Premier League! It is always better to win! Tonight is a victory!"

In July 2017, Robertson moved from Hull City to Liverpool, with a transfer fee of 9 million euros. So far he has played 100 times for the Reds in the Premier League, scored 4 goals and completed 30 assists.

The 26-year-old Scottish full-back has played 337 games for 4 clubs in his career, scoring 17 goals and assisting 51 times. In the national team, he played 38 times as captain and 3 goals were accounted for.