In the league away to Getafe, Koeman had his first defeat since coaching Barcelona, ​​but he was unwilling to blame bad luck or the hard work of his opponents. 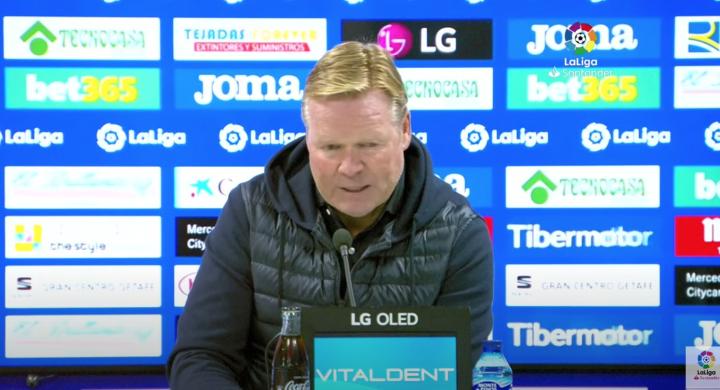 A difficult game, facing a difficult team like Getafe. We had a few opportunities, especially in the first half. Griezmann had one but didn't score.

Hitting the goal post is not a reason. We are indeed out of luck, but we didn't lose because of this.

We have few opportunities, we have more offensive players, but our shooting percentage is too bad.

I don't like to talk about referees. If you watch games, fouls and various yellow cards, you will have your own conclusions. The referee often interrupted the game and we played harder.

Players like Leo, Griezmann and Fati can play different positions, and this versatile ability is important. If the first goal is scored, it may change the game.

He is in good shape, I want Coutinho to rest, and Pedri is proving that Barcelona has his place.